Turn a budget cut of beef into a tender, mouthwatering London broil with the help of a sous vide immersion circulator. This recipe combines just the right seasoning with a reliable cooking method to make a meal worthy of guests and certainly of family. 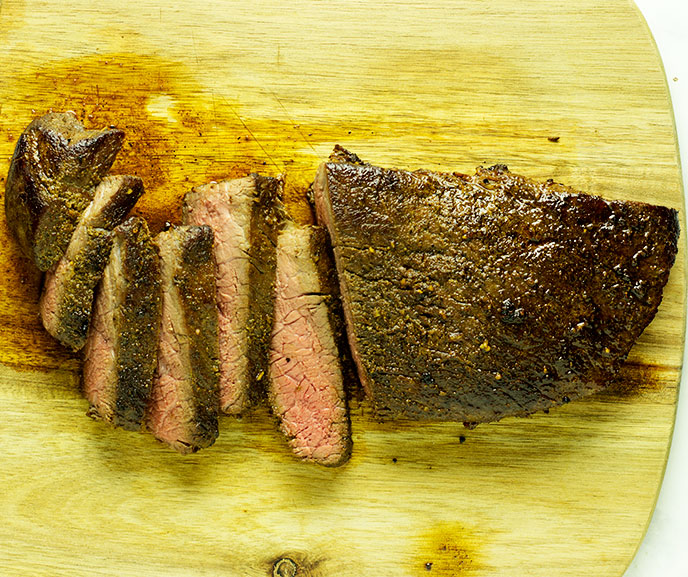 My sous vide London broil has become a family favorite. I first served this recipe to some visiting family members. They raved about the flavor, texture, and tenderness. The next time they visited, they asked me to make the same recipe again, which I gladly did.

What makes this recipe such a favorite? The slow cooking via the sous vide circulator makes the meat fall-apart tender. It helps push the seasoning deep into the fibers of the London broil. The final product is juicy and filled with flavor. The searing helps give the meat the perfect final touch.

I have tried different seasonings with this recipe and keep coming back to the classic salt, pepper, and garlic powder combination. It imparts great flavor without overpowering the meaty flavor you expect out of the London Broil. 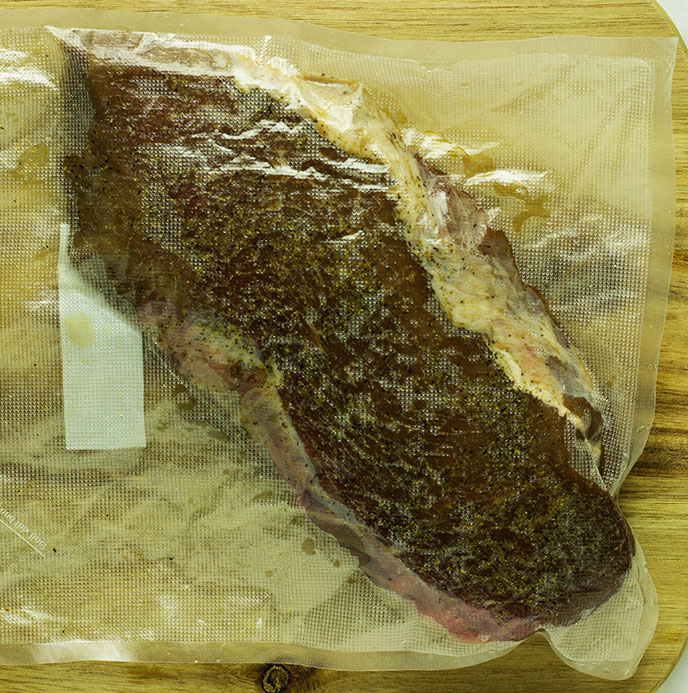 London broil refers to a way of cooking and serving beef rather than a specific cut of meat. Originally, it was made from flank steak. These days, a London broil is usually made from lean, thick cuts of beef, with top round being the most commonly used.

Top round comes from the upper rear leg and hip area of the cow. The muscle is lean with few pockets of fat. It has a full, rich beef flavor, but can be fibrous and stringy if not cooked properly.

The traditional way to make a London broil is to marinate it overnight, then cook it quickly under the broiler. The right marinade helps break down the lean muscle fibers, while the quick cooking method prevents the meat from drying out or becoming tough. Other quick methods for preparing London broil include searing on the stove top and cooking on the grill. 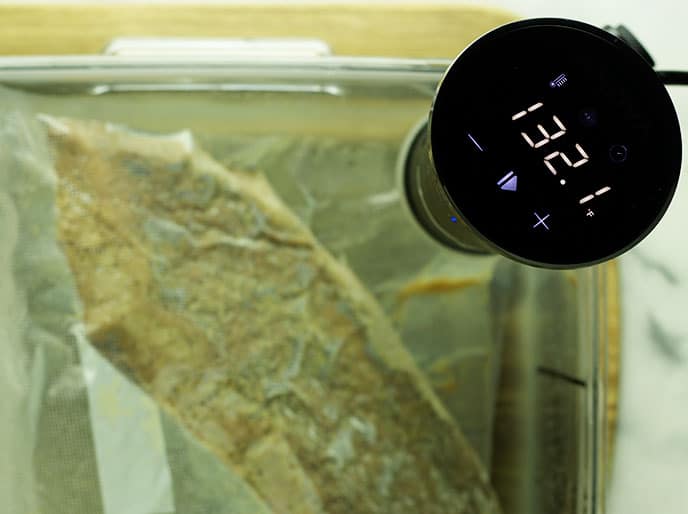 Sous vide cooking is an ideal way to cook London broil. The low cooking temperature and long cooking time helps break down the lean muscle fibers, making the meat tender. The seasonings you add get into the deepest fibers of the meat, much like an overnight marinade does.

Searing the meat after you finish the sous vide is critical for this recipe’s success. It helps give the meat that nice brown color you expect from a well-cooked piece of beef, while imparting a bit of extra flavor.

Finally, any good beef recipe requires the meat to rest for 5 to 10 minutes before serving. Resting allows the meat to retain the juice. This means the London broil will be juicy instead of dry, flavorful instead of bland. 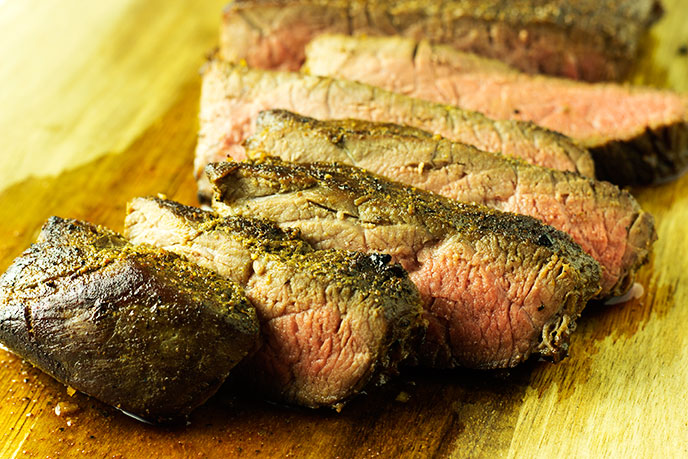 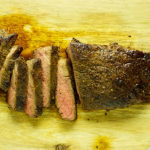 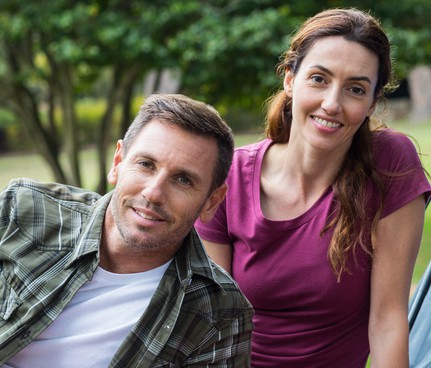 I'm Charlie: military veteran, now full time food blogger. My wife Jessica and I live in New York. I'm licensed to grill. Join me for delicious recipes designed for meat lovers. About Me